Corinth Canal in Greece closed due to landslide (video) 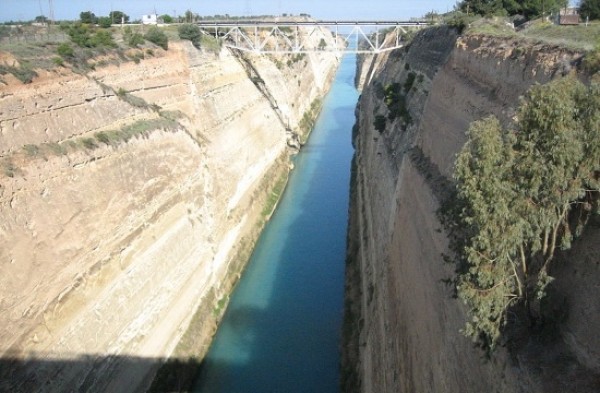 Greece temporarily shut Corinth Canal for marine traffic on Monday, February 26, after intense storms and bad weather caused a rockfall in the area.

The Corinth Canal cuts through the narrow Isthmus of Corinth and separates Peloponnese from the Greek mainland. According to a statement made by the Canal's operating company, the landslide occurred at 04:00 p.m. on Monday, on the Peloponnese side of the Canal.

Video footage from the area shows large rocks to have broken off and dropped into the waterway along with mud, making marine traffic impossible. According to the Greek Shipping Ministry, the Canal will remain closed for about 15 days, temporarily blocking a transit route used mainly by commercial ships and pleasure yachts. Ships will now have to sail around the southern and western Peloponnese.

The 6.4-km canal serves about 11,000 ships a year, offering a short transit from southern Italy to the Eastern Mediterranean and the Black Sea, saving mariners a 700-km journey around the Peloponnese Peninsula.