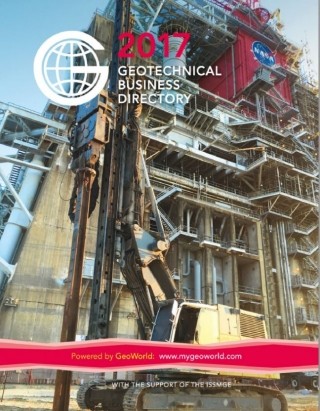 Geopier and GeoWorld cooperated in order to promote the company's amazing project in NASA through the 2017 Geotechnical Business Directory!

National Aeronautics and Space Administration (NASA) turned to Geopier to support new tarmac staging area at their rocket engine test facility! At the Stennis Space Center, National Aeronautics and Space Administration’s (NASA) largest rocket engine test facility in Mississippi, Rammed Aggregate Pier® elements from Geopier were selected as a ground improvement method to support the new 20,000 sq ft staging area on 12-in. thick reinforced tarmac. The heavy loads associated with the rocket support pedestals resulted in an approximate 3,000 psf contact stress acting upon the pavement slab and underlying soils. The soil conditions consisted of 10 to 25 ft of loose sands and silty sands, which are common in the Gulf Coast.

To solve this complicated ground improvement problem, Geopier geotechnical engineers chose to use a Geopier system consisting of displacement X1® piers that would not only improve much of the underlying loose sands in place, but would also allow new sand to be placed within the cavity to create a very dense matrix of Rammed Compaction® points. The final design consisted of 400 Geopier displacement X1® piers, which were installed in 22 days.

This exciting project became the cover of the 2018 Geotechnical Business Directory that was distributed to in-print in September 2017 during the ISSMGE 19th International Conference on Soil Mechanics and Geotechnical Engineering, in Seoul, Republic of Korea.