How to Perform Dewatering in PLAXIS

The problem of changing water conditions is omnipresent in geotechnical engineering. Groundwater is systematically found beneath the Earth's surface in soil pore spaces and rock formation fractures. The flow of groundwater is a fundamental aspect that controls the strength and compressibility of soil, impacting soil's ability to sustain structural loads. The study of groundwater is essential for geotechnical engineers who construct building foundations, tunnels, water conveyance channels, dams, mines, and other structures.

In this context, PLAXIS 2D and PLAXIS 3D are fully equipped with a complete set of tools to model changes of pore water pressure and, more specifically, dewatering, along with its influence on soil mechanical behavior.

The total stress  is balanced by the applied load (soil weight, infrastructure weight, service loads), whereas all strength and stress-strain characteristics of the soil are linked to changes in effective stress .

Lowering the groundwater will reduce the pore water pressure u and hence will cause an increase and redistribution of soil effective stresses, which will then lead to the settlement and evolution of active and passive pressure in surrounding buried structures.

By default, PLAXIS computes pore water pressure fields in the model based on a hydrostatic distribution (phreatic method). In such situations, water is implicitly assumed to be at rest such that pore pressure depends on depth only: u = w.depth. 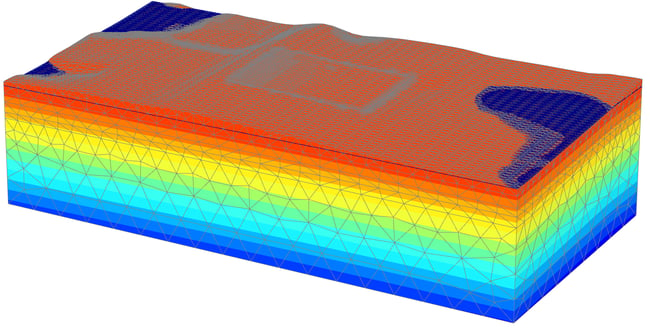 Figure 3: Dewatering by means of the phreatic method

The FE method can also be used in PLAXIS for groundwater flow modeling to analyze hydrogeological problems, such as dewatering, in multilayer soil profiles. Such types of analysis can be run in either a steady-state model or in a time-dependent model. Sources and wells can be placed in various aquifers inside the PLAXIS model. Also, PLAXIS enables the calculation of the groundwater flow around and the leakage through watertight structures, such as sheet pile walls or cut-off walls.

Such groundwater analyses require the definition of additional parameters for the constitutive materials, such as:

Along with specific flow boundary conditions, including:

For the particular case of watering, steady-state groundwater flow analyses are usually carried out for relatively permeable situations for the sake of finding the updated pre-water pressure field, along with the resulting water level and the water flow distribution at a steady state regime, as shown in Figure 4. 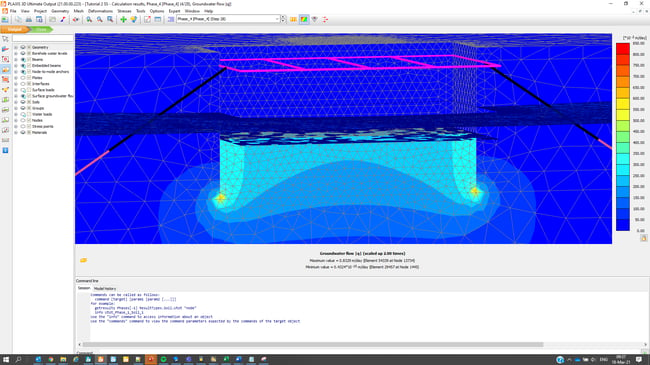 (a) Contour plot of groundwater flow 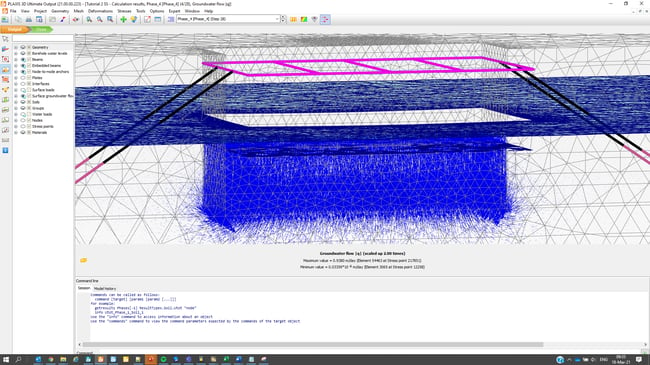 (b) Vector plot of groundwater flow

Figure 4: Dewatering by means of the groundwater flow calculation method