Soil Stabilization : Beneficial use of lime in combination with cement

Use of chemical admixtures such as cement and lime are popular methods  in many civil engineering projects for improving the desired soil properties. This particular method of soil stabilization is also employed in alternate building technologies namely, rammed earth and stabilized mud blocks. In preparation of stabilized mud blocks, the common notion understood is that, the base soil used for preparation of the blocks should be essentially sandy in nature with some clay in it. As the soil essentially is sandy, the research in developing good durable blocks was centered on cement stabilization and limited attempts were carried on lime stabilization. It was more or less concluded that the cement stabilized earth blocks are more durable than lime stabilized earth blocks.

Researchers in past and present have reported that, cement stabilization is very apt for sandy soils, while lime is apt for clayey soils. But as sandy soils contain some portion of fines in it, it would be appropriate to use cement and lime in combination to have better soil stabilization. With this background, a research programme was undertaken at B.M.S. College of Engineering, Bangalore under the supervision of Professor, Dr. H B Nagaraj to prepare Compressed stabilized earth blocks with different combinations of cement and lime in combination. The blocks prepared was then tested for different ageing periods up to 5 years from its preparation. 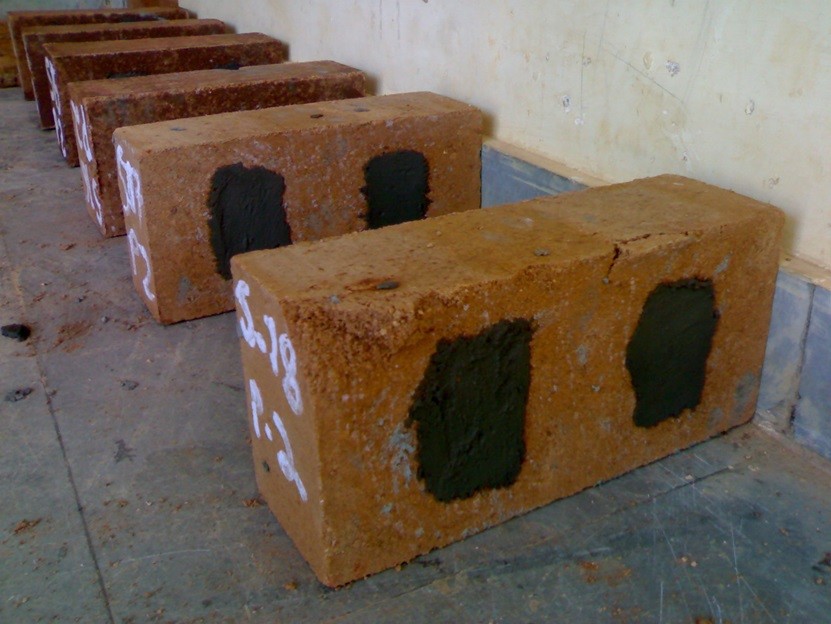 Sravan Muguda Viswanath
Copyright © 2011 - 2021. All Rights Reserved. Powered by ARGO-E, with the support of ISSMGE.
About Guide Privacy Terms Advertising