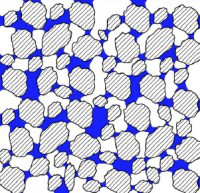 Show on map
Copyright © 2011 - 2021. All Rights Reserved. Powered by ARGO-E, with the support of ISSMGE.
About Guide Privacy Terms Advertising